Recently, I’ve read in media  the results of the survey by “xy” marketing agency (don’t want to advertise them here) who did research of the usage of Facebook in Serbia. This is my response and strong argument against  superficial output without research corpus statements of the author, agency, and unverified data published. I loathe these strong unverified allegations that appear officially. What it was about?

All Serbian media published the ‘results’ of commercial marketing agency’s survey about the popularity of the “sites for youth” in Serbia and they came to conclusion that the most popular are Facebook and My Space.  Beyond this general data, there are other things here I want to share with you, those they have ‘found out’. According to them, their target group was youth, age 18-25:  30%  of the examined population use everyday Internet and 61% of them have Facebook profile, and 37% have profile on My Space.

“They [youth] see Facebook as serious web site which enables them to communicate with people who live far away, to find soul-mates, and to have fun there. They are also emphasizing that those who don’t have Facebook profile – are ‘out’ ” (translated from Serbian, they are not cool, my remark).

Furthermore, the author of this research says that young people are noticing lot of fake profiles and (re)presentations, and Facebook is the reason they communicate less face to face, and therefore conclusion: they have negative Facebook opinion, privacy issues,  and connotation including the Facebook addiction. These three sentences on Facebook was everything we got from ‘research of marketing agency. Yuck!

Now I have to say something and respond to this kind lump of smattering, no survey corpus, non reliable conclusions.

First, this kind of surveys are ‘ordered’ from marketers or agency for certain [non – academic] purposes not to mention that companies of this kind try to demand and fence their users in certain boxes and or pre-ordered groups. Why? There is huge list of e-market interests in Serbia for future (re)shaping their users and making fertile e-ground for new ‘projects’ and investments.

Second, on this survey’s ‘results’ published in all Serbian media:  this unverified data should be kept under huge question mark and reserve from several reasons. There is no corpus of the research – no numbers of people included in this survey: what Serbian networks? Is it University network? High School network (there are no high school networks created on Facebook in Serbia, in general, dear agency)? No-network search of the users? All Serbia network? Methodology? Data? Charts?

For your information, including today: there are 143,891 people in Serbia network, and further – there are 1,619 people in the University of Belgrade network. Does this mean that the author and the agency did survey on  10,000 people? Or maybe 1000? We will never find out that. Did they send their questionnaires to classmates from high school, university, colleagues, ex housemates, lost friends so they have qualitative kind of output? There is nothing in this survey  that would show or notify us about indications regarding research (where is summarized corpus with quantitative and qualitative data?).

As above mentioned privacy issues: they are talking about privacy issues but they didn’t mention the most important fact that those teens and youth are exposing their FB profiles to the public along with their photos from parties, open for public. I got feedback data (youngsters) in Serbia network, as i was noticing and reporting to some of them that their profiles can be seen to everyone (along with photos).  From my direct talk with them, they didn’t know that their profile is exposed (not literate enough to find and adjust privacy settings) and this is the most often case with the group of undergrads who simply was not familiar with privacy mechanisms.  They were in shock (“oh my god!” reactions, and “I thought it was ‘friend only”) “,  which indicated that this small sample of youth in Serbia are self-aware that Facebook is network !read Network! for gathering with friends with whom they know from real life and re-establish connections (already existing) with, primarily, high school mates, university colleagues, etc.  They don’t care about strangers  or unknown people pending on ‘friend requests’ list. Of course there will be ‘collectors’ of strangers and friends for such purposes (we have them in everyday life), but finding soul-mates? I’m afraid , dear agency, that Serbian youth are gathered around Facebook for different reasons but finding soul-mates. They are soul-mating on other places.

“Conclusion there is negative Facebook connotation including the Facebook addiction” is hideous and contradictory if we have in mind above numbers (61% have Facebook profile and is the most popular site). If Facebook is such a bad and negative social network site, then why would many thousands of Serbian population get connected, socializing  with their friends, colleagues, classmates and communicate with them on daily basis? They are on Facebook to hang out with their friends and classmates in pre-existed relationships from real life, or re-connecting with those they’ve lost contact with, or connecting with their allies they never met face to face. There is huge University of Belgrade community on Facebook who talk about upcoming exams on the boards, exchange information, how-where-to find that book for exam, info on conferences, projects, etc.

Few years back, when I was doing research for my Master thesis – the existing surveys of Telecom (national telecommunication company) or CePIT(center for the research in Information-communication technologies) , have got not only explained methodology and all important basic data from their research, but also they’ve created user-friendly charts as you’d read at any e-journal, magazine out there. Open accessed and published to all media.

Said that, I am strongly arguing against this kind of public superficial announcements in media with suspicious outputs as millions of people in Serbia are reading them and (probably) taking them for granted, without having in mind the facts (Serbia network on Facebook as well as the other networks -university, work, region), social-technological context, survey corpus, criteria, purpose.  Question everything, question me!

On socio-ethno-anthro context of “you are  noone if you are not on Facebook” in Serbia,  I will write in the upcoming texts. 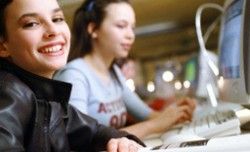