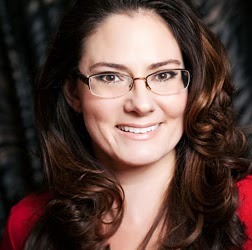 Joanne Manaster is a cell and molecular biology lecturer at the University of Illinois. She currently works as an online course developer and lecturer of science courses for the School of Integrative Biology. Prior to this current position, Joanne has taught histology, cell biology, and tissue engineering laboratories to biology and bioengineering students for nearly 20 years. Beside her academic career, she is a science writer and communicator, science video host, and STEM advocate. Joanne has run a girls’ bioengineering camp, and helped with the iGEM synthetic biology team and other outreach activities. She also makes video reviews of popular science books as well as whimsical science experiments with cats, cookies, gummy bears and make-up.

Joanne writes about science at her website, Joanne Loves Science and also at Scientific American blogs. She has been named by Mashable as having one of the 25 Twitter Accounts That Will Make You Smarter. You can find her on Twitter as ScienceGoddess.

Would you, please, tell our readers a little bit more about yourself? What is your scientific background, and your professional scope?

Thank you for asking me to join you!

I am a faculty lecturer at the University of Illinois. I initially started my college studies with plans to head to medical school but through my course of studies I found I really clicked with cell and molecular biology and was very adept at lab work. Through various opportunities, I also discovered I had a knack for explaining scientific concepts so eventually changed my path to teach at the university level. I studied muscle development at the microscopic level in grad school and eventually transitioned to teaching cell biology and histology.

How did you initially get interested in science? When did you start to express your curiosity for science?

I always loved nature and had a fascination with human health. I spent a lot of time in nature and did a lot of reading on science topics. I didn’t know any scientists. I knew they existed from reading textbooks, but the whole field seemed shrouded in mystery. However, I understood what doctors did and thought that becoming a physician would be a valid way to pursue my passion for science. As I mentioned above, it wasn’t until college that I realized how scientists did their work, and could then consider that as a career path.

It is interesting to mention that you are a former international model, back in the days of your adolescence. Did you find something scientific in the world of modeling and fashion?

As far as modeling goes, I was discovered while I was in high school. Initially, I wasn’t enthusiastic about it but realized it would be a great way to earn money for medical school. While I was modeling, I wasn’t thinking about it in any scientific manner as I was learning to interact with a very new and somewhat foreign world. It wasn’t until I completed my science training in college did I really start to see how science explained just about everything. In my course of teaching students, I also began to see the value in piquing their interest by talking about things they could relate to in terms of science, and that extends to my online outreach!

Would you tell us more about your role within executing online courses for current and future science teachers?

After many years of giving lectures and running laboratory classes which overlapped with my online outreach, I realized that I could apply my ability to communicate online to my instructing position so I transitioned to teaching cutting edge biology through my online program for middle school and high school teachers who want to obtain their Master of Science Teaching. I have designed and executed three courses for this program so far: The Human Genome and Bioinformatics, Evolution and Medicine and Emerging Infectious Diseases. I enjoy mixing primary scientific literature with popular science communication to both train the teachers and to give them resources for their classrooms. Teachers make the best students!

You have a very unique approach for science book reviews using video as a format for presentation, encouraging everyone to read. Other videos are an interesting and whimsical introduction to the world of science disguised in everyday items. How did you get inspired to make such videos?

Book reviews are a natural for me. I love to read and I love science! The gummi bear videos began from a question asked by one of my college students. He asked if a gummy bear could be liqueXed through the process of sonication (using high frequency sound waves). I then considered how I could subject the gummy bears to other lab techniques!

One of my favorite videos is Cats In Sinks, which was inspired by a fun website that showed numerous cats in sinks and it made me think I could talk about theoretical vs. experimental science by trying to figure out how many cats could fit in my large lab sink.

I also really enjoyed using cookies as my models of blood cells to create a series about those cells called “Blood Cell Bakery”, whose uniqueness earned a shout-out from the website BoingBoing.

As far as the make-up videos go, I recall reading magazines with ads that would say “The Science of Beauty” followed by text that would not say anything remotely scientific, so I decided to make videos about some science concepts that can be explained through cosmetics. I hope to return to making some of these again in the near future.

You are fascinating social media maven in the world of science and dynamic science communicator: besides teaching at the university, you also blog and video blog, tweet, use social media tools. How do you manage all your roles: a role as an academic teacher, an online curriculum instructor, science communicator (online and offline), and being a mom?

Thank you for your kind words! Luckily, I enjoy challenges and keeping busy, and my four kids are all older, not requiring as much care as they did when they were young. I don’t think I would have even attempted so many things at once when they were little. Now, my kids are some of my biggest supporters for the outreach I do, for which I am grateful. As with anything, I made time for things that are important to me.

What would be your message for young girls and young women who are passionate and curious about the science and STEM but are maybe intimidated or not encouraged enough by their family, school or peers, to embrace the STEM disciplines?

I want to live my life as an example of someone who had a passion and followed it. As far as encouraging girls to go into science, I look back at my career path and realized I didn’t choose a career in science initially because I didn’t know any scientists. So, I stay active in the public eye because I believe young girls (and boys) need to see women articulating science so they know that a science career is an option for them. If I have a message for them, it’s the words of Howard Thurman: “Don’t ask what the world needs. Ask what makes you come alive, and go do it. Because what the world needs is people who have come alive.”

Finally, what are you currently working on?

I have been enjoying my latest venture, a Google Hangout on Air called Read Science! with my co-host, Jeff Shaumeyer, where we have conversations about science and communicating science with popular science book authors. A Google Hangout on Air is like “Skype on steroids” because it livestreams and then is archived on Youtube directly afterwards. Notable guests include author Mary Roach, well-respected naturalist E.O. Wilson, astronauts Buzz Aldrin and Chris Hadfield, CBS correspondent Lynn Sherr, autism and animal science expert Temple Grandin, Pulitzer Prize winner Dan Fagin and many more!

Additionally, I’m in the process of re-doing my Joanne Loves Science website, so if your readers go to the link in a month or so it will look much different than today, so hopefully they will check back.

Thank you Joanne for taking your time to talk with me. Thank you for the Interview!

This interview was initially published at: http://www.australianscience.com.au/interviews/interview-joanne-manaster/