One of the greatest people in the history of science, and the greatest inventor of the post industrial society, Nikola Tesla, is the visionary that many people have never even heard of or about his work. He could visualise the future inventions with the greatest facility. Numerous articles have been published, books have been written related to this magician of the science. There are many sources about this man who lit the world, and his developments. 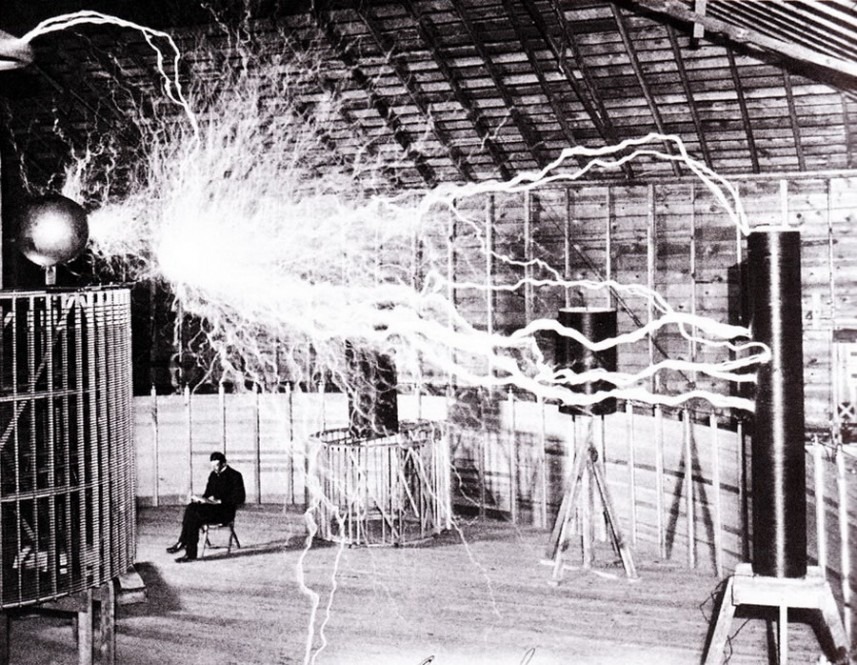 Among many Tesla’s inventions,  the most relevant that influence directly our everyday life include: radio, wireless telegraphy, remote control, robotics. He even photographed the bones of the human body. But the high point was the realisation of a childhood dream: harnessing the raging powers of Niagara Falls, and bringing light to the city. Tesla has over 700 patents to his name: invented the World First AC Generator which led to electrical development and enlightment of the world. This high frequency high volatage electricity is used today in many communication devices.

Also, Tesla’s Wireless power System including certain devices is now considered to be an untouched method to transmit electrical current without wires. Extraterrastrial Radio Transmitter – Teslascope, radio transceiver designed with the intention of communicating with extraterrestrial life on other planets. It received publicity after Tesla’s statement on the device was published by Time magazine in their July 20, 1931 issue celebrating Tesla’s 75th birthday.

We should mention here Tesla’s Earthquake Machine invention that probably many people never heard of. This is an excerpt from the New York World Telegram, July 11, 1935:

“Nikola Tesla revealed that an earthquake which drew police and ambulances to the region of his laboratory at 48 E. Houston St., New York, in 1898, was the result of a little machine he was experimenting with at the time which “you could put in your overcoat pocket.” The bewildered newspapermen pounced upon this as at least one thing they could understand and Nikola Tesla, “the father of modern electricity” told what had happened as follows:

Nikola Tesla – called “the greatest geek who ever lived“, was not only the physicist, electrical engineer, philosopher, futurologyst, genius who lit the world, but above all – the humanist who created for the mankind.

Check out this very interesting TED presentation of Marco Tempest, who combined the projection mapping and a pop-up book, visually telling the story of Nikola Tesla.