And more on Rem Koolhaas: he will hold a lecture on May 12th 2007, Saturday, at 13h, within Evolution conference – Belgrade design week. As the Pritzker Prize winning architect, the Jury described him as visionary and a philosopher. Critics have argued that Koolhass ignores all consideration for beauty and taste and many scholars and colleaguse have difficulty classifying him. That’ s why we love him. He is also the founder of OMA – Office for Metropolitan Architecture, and AMO. 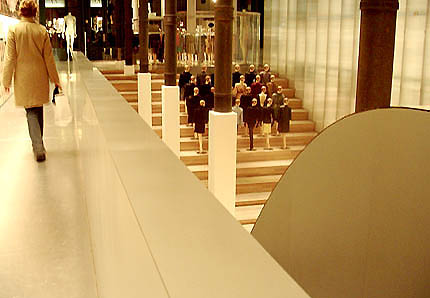