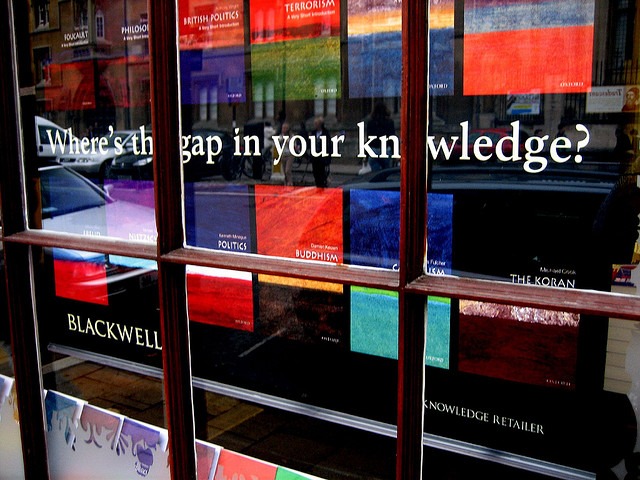 I wrote an article at the Scientific American blog highlighting digital divides – or digital inequalities, if you prefer – from other perspective, pointing out that these digital divides go far beyond pure infrastructure issues and need to become a key focus of engagement for profit and nonprofit organizations as they continue their missions to develop programs for social and digital inclusion.

Everyone’s talking about internet access: from European media to US media, stressing connectivity issues that merely compounding existing social inequalities as “new digital divides”, as if they are something new in the networked society. They are not.

According to the available measures, the selected indicators (such as gender, income, occupation, online experience, internet penetration, type of internet connection, etc.) are significantly related to the levels of (one’s country) per capita GDP, literacies, education, level of democratization, etc.  Being as one of the contributors for the forthcoming Routledge book on Digital Divide, I have presented some of the findings from my research, where I used the combined methodology: from web desktop analysis to online surveys and qualitative semi-structured interviews (N-125).
In Europe, Eurostat (the statistical office of the European Commission) conduct surveys and publish reports on Internet use (data I used for my research and other International reports and stats), whilst the EU’s Digital Agenda for Europe strategy make and initiate action plans for taking care of the information society in Europe. You can read more about the book chapter and research here.

As I wrote at the Scientific American, the notion of being social on the Internet is constantly evolving since we are connected not only via computers but also via mobile phones or handheld devices. The web is getting more powerful and social: new messaging services emerge each month; streamed media is becoming real even for the non-technical consumer; Google reshapes its services like a child rearranging building blocks; new ideas in federated rather than centralized systems are being explored, and more. The frequent change in layouts, privacy settings and interaction tools indicate that online dynamics require users to possess new classes of knowledge and skills if they are to adapt to such major changes on Facebook, Google, Twitter and other places in order to navigate and socialize online.

Governments are struck by internet access and computers on the top level but don’t consider other factors important to decreasing already widening digital inequalities. But in the last 24 hrs I’ve received enormous amounts of feedback, with emails, comments, replies and reactions from the readers, twitterers (those following at @DanicaR), software engineers, education and e-learning specialists, media and policy makers, and comments from people in the Information-Communication Technologies. I’m grateful for your feedback as as I think I’ve hit a hot spot to which everyone in the Internet industry and policy sectors has to pay attention. It is a very interesting topic but also a complex one, and it will be a burning subject in the years to come as it influences all areas in the Information Networked Society.

Also take a look at a post from the Computer World. This is a very interesting reaction on my SciAm article by S. Phipps who also gave some practical examples of digital inequalities/divides that illustrated how broad the categories at hand actually are. They include: teaching children and adults to use “transferrable concepts and skills using a variety of open source software; insisting that public data needs to be paid for because some companies might profit from it, with the result that only companies who can profit from it can use it; privacy controls which pretend that “privacy” is a synonym for “keeping secrets”, rather than “the ability to assert control over a social situation” as one researcher insightfully observes”, etc.

Governments worldwide must create more efficient strategies and programs to overcome such inequalities and not just provide techno-infrastructure. They can do this by creating, developing and fostering knowledge societies in order to decrease the existing divides, and also by cultivating communities of practice and emphasizing over and over that learning (formal, non formal, life-long) is social and by engaging and interacting on social networks and deploying social media services. Of course, in the future we need to get more concrete on those skills online, as well as the behaviours through which they are expressed. We also need to create strategies and implementation plans for how they can be cultivated and developed. I think here foremost of the communication skills, literacy, participatory, critical skills, that are enabling us to socialize, network, learn, and collaborate.

Feel free to comment on the types of digital divide and inequalities you have noticed or experienced lately. Your observations and thoughts are welcomed – this is going much further than I expected!

Finally, news of my own progress. A book chapter within The Digital Divide: The internet and social inequality in international perspective should be published next year and here you can find the information. Meanwhile, my dissertation has entered the final phase of qualitative research and writing up. Now more than ever I am ready for new engagements and collaborations, projects and initiatives in the upcoming year – 2012. Feel free to email me if you are interested in working/collaborating with me. Wishing you the very best for the holidays!